There are no upcoming events at this time.

AN OPPORTUNITY TO GROW AND SEE THE WORLD

As a rider, Valerie is fortunate enough to train with two of the most influential and well-respected ‘O’ judges of our times, Linda Zang and Marilyn Payne. She can’t count the number of times she has returned from a competition only to anxiously hand over to them the most recent dressage tests! Valerie wanted an opportunity to give her students that same experience. And let’s face it, Valerie is opinionated! She would sometimes disagree with the marks on her own tests, or be the first one to question a question out on cross country. Rather than just complain, she challenged herself to do something about it! And so she began the pursuit of my eventing judges licenses and a way to give back to the sport.

Judging has taken Valerie all over the country and in 2017 she was able to apprentice with the world’s top judges at the 2017 Strzegom Horse Trials in Poland during the European Championships!

Judging has enabled Valerie to be a part of some of the biggest events in the United States, all from a different perspective! Valerie also feels strongly that she is much more educated as a rider, trainer, and instructor after having received the training and education required to attain the Event Judge’s licenses. She can assess dressage tests, show jumping courses, and cross country tracks and questions from many different perspectives, which gives her horses and riders a definite advantage !And as an active rider, Valerie works very hard when officiating to make sure that a level playing field is maintained for all of the divisions, and at all times she tries to do what is in the best interest of the competitor. That being said, a hot tip for any rider reading this page of the website...it is your responsibility to know the rules!! 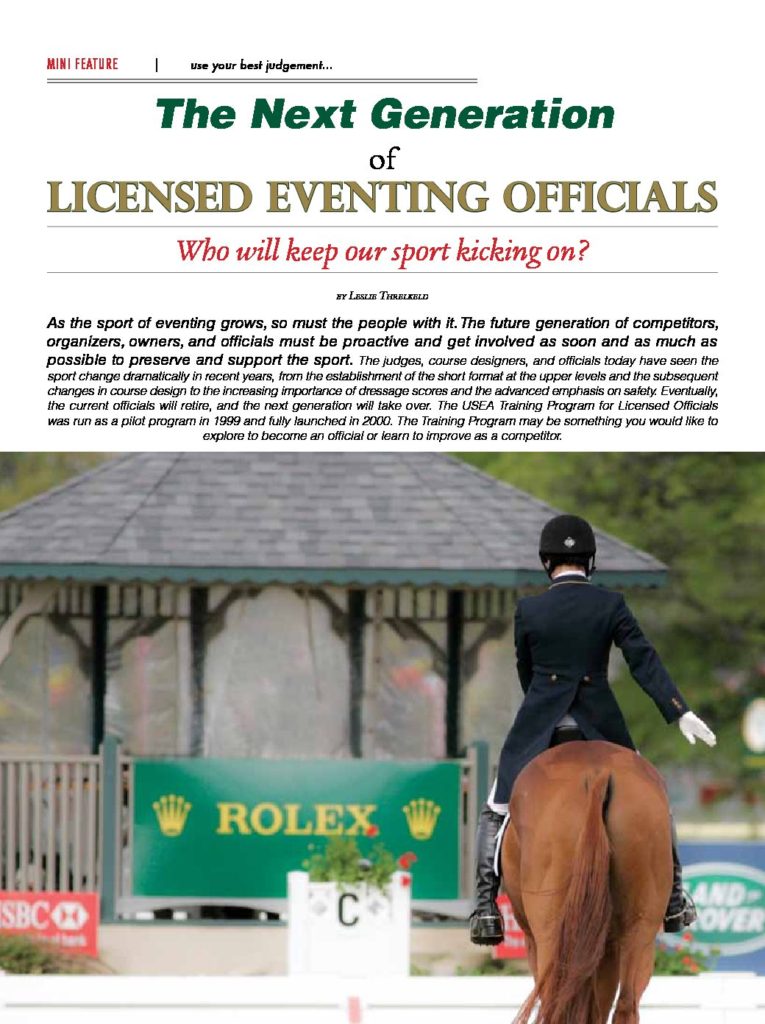 Click the photo above to read the full article.

KIND WORDS FROM MY LOVELY CLIENTS

“Valerie is the best trainer who is so kind and patient, and at the same time organized, efficient and intuitive.”

“Thank you to Blue Clover Eventing for opening your XC course to school this past weekend. Excellent jumps and well maintained grounds!”

“Oh my gosh Blue Clover Eventing is amazing My daughter has never been happier about horses and the sport of equestrianices!”